On 12 February, The Association of European Businesses held a Nordic Business Breakfast, showing the Scandinavian view on current business and its perspectives in Russia.

The event was hosted by the Consulate General of Finland / Anne Lammila, Consult General of Finland, and moderated by Andreas Bitzi, Chairman of the AEB in the Northwest and managing director of Quality Partners.

In the first part, Vladimir Gelman, Professor at the European University of St. Petersburg, gave an update on the current political environment. After him, Fredrik Svensson, Partner at Mannheimer Swartling, gave an update on the current sanctions regime and possible new sanctions to be expected. It seems difficult to estimate what new American sanctions are to be expected out of several possible measures. The only fact is that according to the law, new sanctions must be imposed, according to a decision taken in August 2018. That is, the uncertainty about what is to come continues. All participants agreed that this uncertainty very negatively influences on business and investment decisions in Russia.

In the second part, there was a roundtable with the participants Jussi Kuutsa, Country Director at Itella and member of the Board of the AEB, Per Sonden, Head of the Branch at SEB Bank Russia, and Oleg Veryuzhskiy, General Director at Øglænd Systems Russia, telling about success stories of their business in Russia, of their clients’ businesses and of Northern businesses in Russian in general. Overall, northern business in Russia is doing quite well. Only a few companies have left the market. At the same time, only few companies currently invest. Øglænd Systems Russia is, however, a positive example of foreign business that has successfully invested and built up a manufacturing plant in St. Petersburg in the past years. Furthermore, the investment was made not only due to industrial policy / import substitution requirements, but the factory actually offers an opportunity to produce at lower costs while being close to key clients. 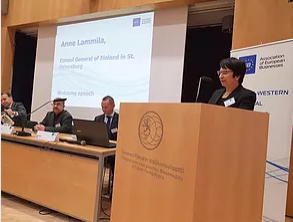 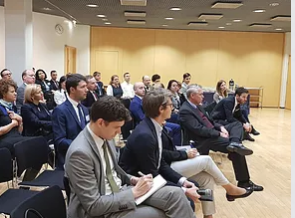 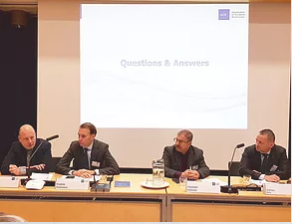 Many thanks to Consul General of Finland, Anne Lammila, and her team for hosting us. Many thanks to speakers and all participants for attendance.

The sanctions issues and its impact will be further followed by the AEB and we will keep our members up-to-date on new developments via newsletters and events.