Annual Event of AEB with the investment team of Leningrad Region.

The Association of European Businesses held their annual meeting with the investment team of the government of Leningrad Region in the premises of Delovya Rossiya and supported by the Consulate General of the Netherlands.

After the opening words by Dmitry Panov, Chairman of the regional branch of Delovya Rossiya, Dmitry Yalov, Vice Governor of the Leningrad Region responsible for Economic Development and Investments, Ivar Scheers, Consul from the Consulate General of the Netherlands as well as from Anton Rassadin, Deputy Chairman of the AEB in the Northwest and Head of Corporate Communication at BSH, the first point was the presentation by Andreas Bitzi, Chairman of the AEB in the Northwest Region and Managing Director of Quality Partners, of the results of the annual survey on the business climate by members of the AEB with business activities in the Leningrad Region.

The results presented by Andreas showed a stable investment climate with overall results not much different from the last year’s results. Investors consider the business climate positively. The respondents claim that the investment team of the region has strengthened its professionalism considerably and are willing to support investors. As points for improvement there was a broad agreement that bureaucratic hurdles shall be lowered, especially when it comes to claiming investment incentives. Andreas also pointed at the time lag between measures taken by the investment team and the actual results thereof, which will only be visible in the survey one or two years later. 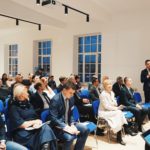 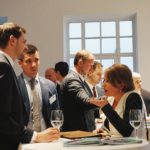 The two core parts of the event were the discussion sessions, first with the investment team and second with foreign investors. Dmitry Yalov, his Deputy Anton Finogenov, as well as Andrei Sergeev, Director of the Front Office for Investors of Leningrad Region, Olga Volkova from the Centre for Industrial Development of the Leningrad Region, as well as representative from labour inspection and SME support fund were all in the discussions, which were led by the very energetic and enthusiastic Anton Rassadin from the AEB. They answered to questions on issues with the lack of labour, conflicts between federal and local legislation, successes on reducing bureaucratic procedures and plans for further integration of investment promotion and support with the City of St. Petersburg.

The second part, again lively moderated by Anton Rassadin and supported by Alexander Schelkanov from Delovya Rossiya, gave key investors in the region, such as PMI, Jotun, Nokian Tyres and Lorenz Snack World – the latter is also a key client of Quality Partners – and Bank St. Petersburg an opportunity to talk about their experience with the investment team of Leningrad Region. Their feedback was positive on the work of the administration. At the same time, they raised also some critical points that were discussed very openly and solution-oriented. 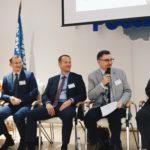 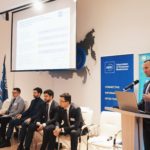 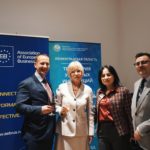 The event was a full success, and we are looking forward to deepening our cooperation with the administration of Leningrad Region and foreign investors. Such events with open discussions where critical issues are discussed are extremely beneficial to both investors and the work of the investment team to improve the investment climate. 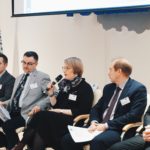 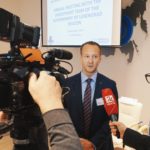 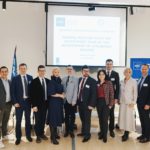 Thanks to all participants for the precious contributions, to Delovaya Rossiya for hosting and the Consulate General of the Netherlands for their support.